Why Having a Child is Like a Form of Masochism

Why Having A Child Is Like A Form Of Masochism

Masochism is defined as the act of deriving pleasure from pain, often in a sexual way. Over time the word has come to be colloquially used outside of the context of sex. This non-sexual masochism is what I am talking about in this article.

They tell you parenting is going to be hard and to expect some crazy stuff, but no one can ever truly capture the absolute insanity and frustration that is parenting. I have a 3 year old son. I love him dearly. But he is a pain in the ass! He makes messes, he’s loud, he’s uncompliant, he can be annoying, and it takes forever to get him to do anything! At the same time he is also really cute, I’m really proud of him, and he makes my heart flutter. IT IS WEIRD!

I’m having a hard time! You’re having a hard time! We’re all having a hard time! I was really confused about this when I first became a parent. If having a child is so hard, why do people do it? Is it a biological trick? Are we trained by society to think it will be the best thing ever? Do we just not know what we’re getting into until it happens? My wife says she knew more of what we were getting into because she spent a lot of time with kids growing up, but I apparently didn’t fully understand what this would be like.

I struggled with this for a long time. It often seems like everyone else is just loving having a child and it isn’t as hard for them. We could argue whether or not I’m having a harder time with this than others, but I have come to recognize and accept that everyone struggles with parenting! Some deal with it better than others, but it is hard for everyone.

You know how when people ask you how your day is going and you say “good” even if it isn’t? Most of us instinctively avoid sharing personal hardships with others. It turns out this has a lot to do with why other parents don’t seem to be suffering as much as you. Truth is, they are struggling and most likely have crazy times where they feel like chucking their kid out a window just like you! They just don’t tell you that unless you get cozy with them and/or get past their defenses that are keeping them together.

Why Having a Child is Like a Form of Masochism

Because it hurts! And we do it anyways! And sometimes we do it multiple times! Several studies have actually suggested that having a child may be correlated with a reduction in happiness. Despite the pain and difficulty of raising a child we still love them and want to spend time with them. Technically this isn’t masochism, because its not the pain that brings us pleasure, but the cause of the pain. But still! I have heard the most tired, frustrated parents still fawn over their children and talk about wanting to spend more time with them, even though they are the source of such pain and frustration.

This is another thing that has confused me as a parent. I have had more days than I can count where I was really frustrated, annoyed with my kid, questioned my parenting, and generally felt shitty, only to crawl into bed at the end of the day and spend an hour looking over baby pictures with my wife, wondering if we should do it again! What’s up with that!? That is the definition of masochism! It hurts, I suffer, but at the end of the day I want more!

Other Parents Can Relate

When you have a kid, you experience all these weird surreal moments where your life as a parent is contrasted with the at times seemingly blissful existence of being childless. We took our kid to see the new Hotel Transylvania movie last weekend. ***minor spoiler alert?*** At some point during the movie two parents (of an admittedly overwhelming number of children) discover that there is a childcare center on their cruise ship. They’re confused at first but soon find themselves joyfully frolicking around having fun together. This was funny and lots of people laughed.

Here’s the crazy, surreal part; Further into the movie, while enjoying being momentarily childless, the two stumble upon the bad guys discussing their plans. The bad guys tranquilize them with blow darts and shove them into a closet. We don’t see this couple any more until the end of the movie where they seem really happy and a friend asks them why. They respond with something to the effect of “We got tranquilized and shoved in a closet for 2 days. It was amazing!”. This was met with roars of laughter from parents in the audience.

Here’s the weird thing. This scene speaks to the experience all parents struggle with: being exhausted and desperately needing a break while at the same time loving their children. It’s just so odd to me that this is such a common experience that they can give a wink and a nod to it in a children’s movie. It’s crazy to me that everyone relates to the idea that being tranquilized in a closet for 2 days sounds amazing, because being a parent is so hard, and yet they still love and enjoy their children!

Why It’s Important to Be Aware of This

It’s really important to know that other people are struggling with parenting too. Otherwise you can end up feeling like you’re the only one and something is wrong with you.  This happened to me. It took me a long time to understand that everyone struggles with having children. When I saw others really enjoying themselves I felt like I was at Disneyland and hating it. Like it was supposed to be something amazing, but I was broken or flawed in some way that was preventing me from having a good time. I also found myself getting louder about pointing out the difficult times, essentially trying to validate my experience through seeking confirmation from others.

It is normal to love your child and also get really frustrated and annoyed with them. As human beings we often experience conflicting emotions at the same time….and its often confusing. Being annoyed, frustrated, or angry does not make you a bad person or a bad parent. Everybody struggles. Some of us deal with it better than others, but the struggle is real. Knowing that we are all a little masochistic as parents helps to normalize this struggle and will help you to feel OK about your experience. This just is what it is. It is both horrible and wonderful all at the same time.

Take this moment for example. This was recorded at 2 in the morning after a couple days of minimal sleep because he was teething. We were both frustrated and enamored at the same time.

Take care of yourself!

You have a very small, new person to take care of, but you also need to take care of yourself. If I could give only one bit of advice to new parents it would be to get connected with other new parents. Doing this will help you to feel normal and valid in your struggles. Get involved in a parenting group or something. A sizable portion of the stuff you’re experiencing and/or going to experience is likely new to you. Talking with other people who are going through similar experiences can help you to feel not crazy.

Make sure to take time for yourself. Remember that you have to put the oxygen mask on yourself first. Schedule date nights with your partner. Spend time with friends. Accept help from others. Get therapy or counseling if you’re struggling. All of this can sound crazy and out of reach to some new parents, but you have to do it or you might burn out. It’s ok for you to get frustrated and need some time away from your kid(s). That doesn’t make you a terrible person.

When it comes to parenting we’re all a little masochistic. It will hurt and you will need to take care of yourself so you don’t fall apart and yell at people. But it will be oddly wonderful at the same time, and like many of us you may find yourself considering doing it again…..or not, and that’s ok too.

I’ll end with a Facebook post I made back when my kid was one and a half:

Having a baby is like marrying the love of your life and then finding out he/she is horribly unstable and unpredictable.
It’s like living with a three toed sloth…it’s really cute. But that sucker has 4 inch claws and they hurt!
Or maybe its more like having tape worms. They’re really gross and freak you out when you think about them, but you’re losing weight!
Better yet; having a baby is like being a sports fanatic with a really expensive TV. When your team loses you want to throw something at your TV but you can’t because its the most valuable thing you own.

My baby is the TV, the tapeworm, the sloth, and simultaneously the horrible spouse.

He is also the bread and the butter, the sunrise and sunset on a beautiful spring day, and so many kinds of wonderful I couldn’t have imagined before him.
This has been one hell of a ride. He has been the worst of times and the best of times. No one can truly rationally decide to do this to themselves because you don’t know what it is till it happens to you. 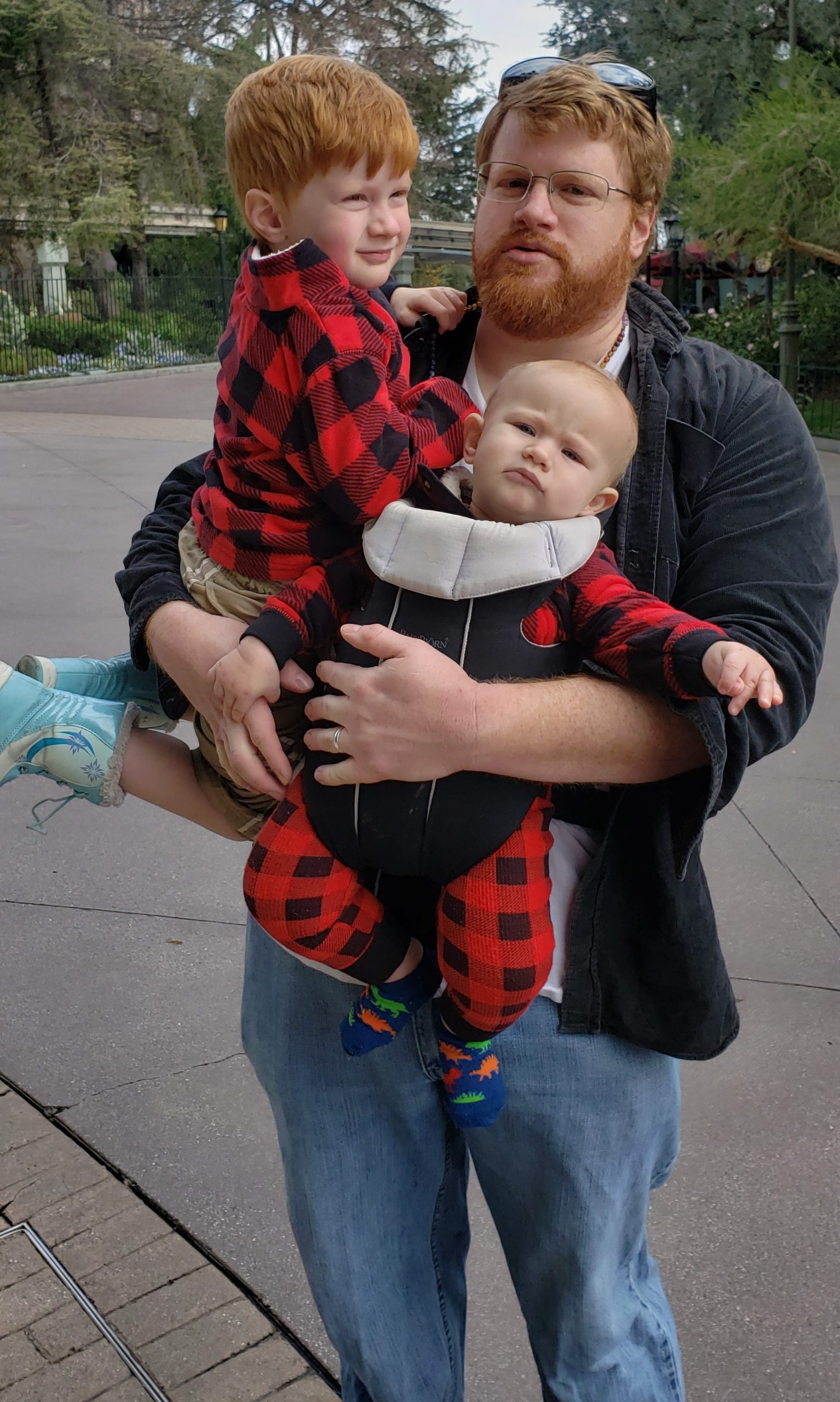 If anything you’ve read in this post speaks to you, you might consider seeking therapy. SacWellness is

If anything you’ve read in this post speaks to you, you might consider seeking therapy. SacWellness is home to many therapists who specialize in parenting and counseling for new parents. Take a look and see if any of them seem like a good fit. SacWellness.com has over 190 therapists located within the greater Sacramento area. This includes places like Granite Bay, Lincoln, and Davis.